As a spin-off of the Technische Universität Dresden which participated in the EXIST Research Transfer Program, the Energiekoppler team applied to the SpinLab to develop their entrepreneurial skills and expand their network. The team developed a standardized and automated flexibility tool that is used for remote diagnosis and control of decentralized energy generators, storage devices and consumers of small power classes. The "swarmBOX" processes power, heat and mobility requirements in the building per connected system and forecasts the system operation locally. Coordinator "swarmHUB" records further restrictions at grid level or from energy trading and plans the deployment of the networked energy systems in order to help stabilize the energy supply or to realize the sales of excess capacity.

The reason for applying to SpinLab - The HHL Accelerator were several recommendations by contacts in the industry: Among others, Robert Klimpke, innovation manager at LEAG, spoke out in favor of the program, which helps founders prepare for pilot projects and investment rounds. 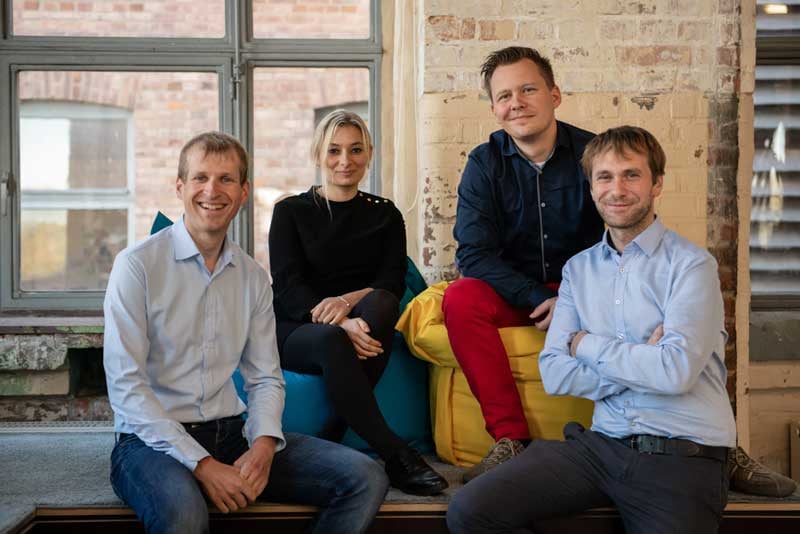 "We were not aware at the time that the program would prove to be very suitable for us – but the recommendation by our network encouraged us to apply", Irina Weis, Co-Founder and CEO DieEnergiekoppler. The technical basis had been provided – but the start-up initially faced numerous challenges in order to be considered as a potential project partner. "Our appearance was not yet mature and we had to work on many topics – there was so much to do," says Irina Weis. In the end, they applied to the Accelerator.

This is a step they do not regret: After all, participation in the program not only signals to SpinLab's partners, but also to investors and potential stakeholders the growth and innovation potential that all SpinLab startups have in common. For LEAG, this was a sign that further strengthened their willingness to cooperate. 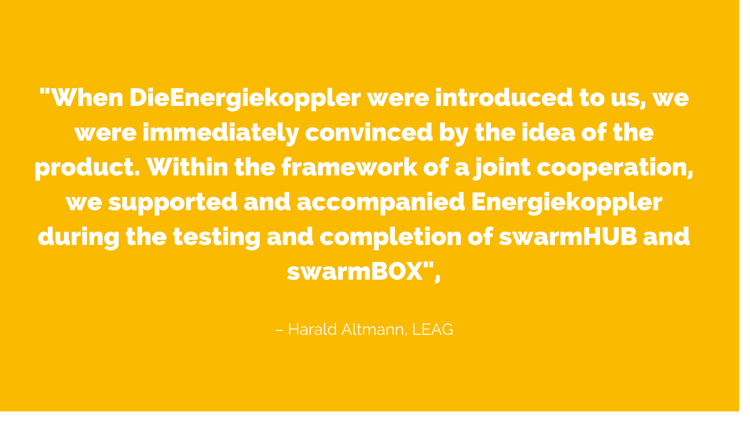 "The interest of LEAG was actually strengthened by the Accelerator and the willingness to use our technology has increased. LEAG became the first customer of Energiekoppler", Irina Weis, CEO DieEnergiekoppler.

Through the tailor-made program, the founders learned through various workshops, mentoring sessions and one-on-one discussions with the coaches the optimized approach regarding financing strategy, sales strategy, legally compliant set-up and convincing pitches in front of investors.

The exchange with experienced startups  also helped to avoid potential mistakes. "Certainly we would not have been able to achieve such results so quickly if we had not had the support of SpinLab," says Irina Weis.

How do you get a foot in such large companies? How do you go about it at all? 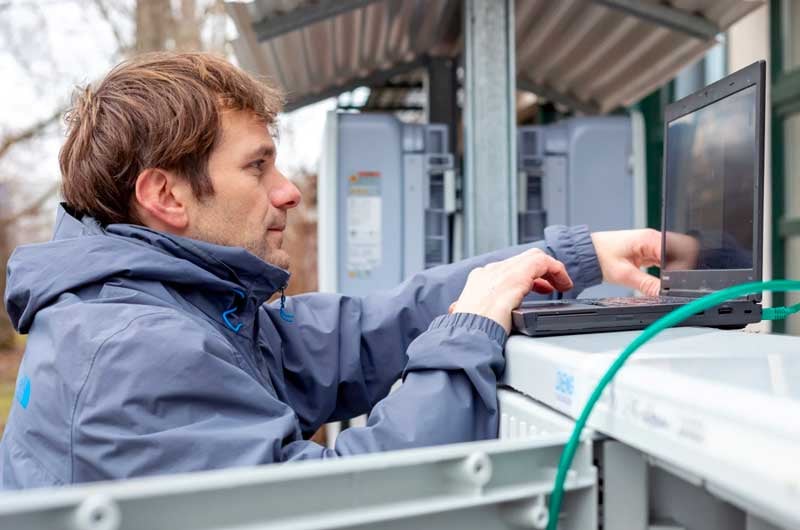 The pilot project started during the SpinLab program, so the team could consult with their mentor during the coaching sessions on specific issues. During the collaboration, they learned a number of lessons:: The technology ran stable, but IT security requirements and technical support were issues they had to address early on. Many start-ups fail because of the coordination of the given infrastructure as well as the common goal with their corporate partners.

Irina Weis has been working in the industry for years, yet as a co-founder she was initially faced with the challenge of finding suitable contacts among potential customers. In addition to Energiekoppler’s own commitment, the experience gained through SpinLab helped the team to deal with larger companies. The result was the implementation of a successful pilot project.

"This year we have already successfully used the intelligent box together on a large number of plants. With its flexibility and versatility, it is the ideal complement for us to integrate plants in our virtual power stations, the LEAG energy cubes," says Harald Altmann. The cooperation with LEAG is still running successfully today.  At the beginning of 2021, many of the Energiekoppler customers' plants with a total output of around 120 MW will be connected by their solution, and the trend is rising. Furthermore, the support from SpinLab is not over when the six months come to an end: "SpinLab is still there for us as alumni: Eric and Martin support us with critical issues and connect us with partners or other interesting contacts as needed," says Irina Weis.

Clara has consulted companies and startups in terms of communication strategy. She has worked as PR manager at the intersection of tech and marketing departments, encouraging innovation processes and sustainable change management. She holds a degree in B.Sc. Business Administration and has a certificate as Social Innovation Manager and has graduated from the EIT Climate KIC Journey 2020.

Does your startup have an attractive employer brand?

Crowdfunding a Startup: 10 proven tactics that still hold true for 2021