The first HHL SpinLab Investors Day of the year took place at a location which probably provides the best view over Leipzig - at the Felix, just across from Augustusplatz - Startups and Investors met and engaged in several activities like Pitches and Speed Dating. The event was organized by the HHL and the SpinLab. Central Topics of this years Investor Day were Team Due Diligence and Brand Management.

First things first: As every year, the current SpinLab Class and a group of selected startups from all around Central Germany had the chance to pitch their business cases in front of a jury as well as numerous potential investors. The Best Pitch of each round was rewarded with a prize. The first prize, sponsored by the City of Leipzig, was 5.000€ which went to idatase for their Product NetLume. The startup developed an industry agnostic innovation platform to rapidly develop real-time AI systems for companies.

The Karl-Kolle price, a 1.500€ award for the Best Pitch from one of the Central Germany based startups went to Dashbike from Jena. The young team aims to build the first dashcam for bikes that is compliant with the law.

Can we measure what makes a great team?

Turns out, that this question isn’t that easily to answer. That the right team is one of the most important factors for choosing whether a startup is picked by an Investor or not was something that all participants agreed on.

"What remains from day one is the team.” - Berthold von Freyberg (Target Partners)

But can this process be objectified? Panel talks and keynote speakers nudged the discussion about whether the process of picking the right team can be made less a risk with academic approaches like standardized tests, based on scientific psychological approaches. In the first Case Study, Timo Lassak (EIT InnoEnergy) presented the E2 Talent Method to analyze founder competencies, which is based on the key factors of emotional intelligence. He talked about different tools which were designed to help investors to pick the right team. Furthermore Mark Spencer Klimmek (Egon Zehnder) talked about “Making Founder Teams Great Again” and his personal experiences in that field.

After all the answer seems to lie somewhere in between. While some investors put their trust in tools like the one above, others still “trust their guts” when it comes to Team Due Diligence. In the end, what we took home from that, was the point that what all investors are looking for in teams are “infinite learners” (Jussof Breshna, Reimann Investors).

More important qualities a good team should have, according to Investors are honesty, a good team-dynamic as well as the commitment to actually work together with an investment partner and a good kind of persistence. 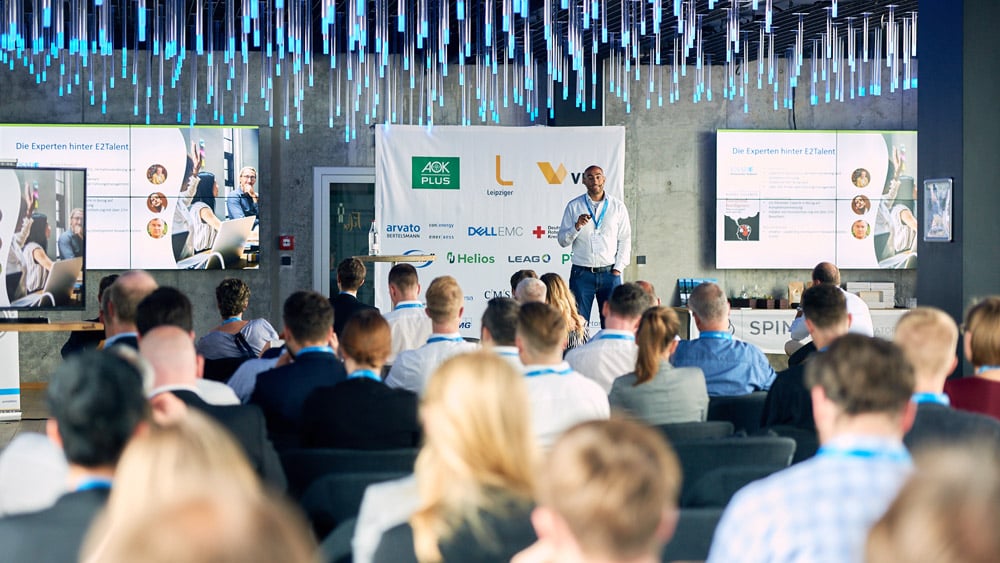 The second half of the HHL SpinLab Investors Day spun around the question “Which role Brand Management plays in VC’s?”. At the second Panel of the Day representatives from different VC’s talked about their experiences and opinions on that. For Tilo Bonow and his company Piabo, Brand Management plays a crucial role. He argued that “trust is the currency of interaction” and that a strong brand with a good story helps to build that.

On the other side, Martin Janicki (Cavalry) expressed the point that it’s mostly about reputation. A broad portfolio and strong partners therefore play the most important role when it comes to reach out to startups or companies who are looking for capital. Christian Knott (Capnamic) added an academical point of view. He relies on good content based on scientific approaches for building a strong brand. For Luca Eisenstecken (atomico) it is most important that a good brand is associated with the VC as a partner, and not only capital.

Wrapping up another great event

After a long day full of inspirational talks and informative input, the participants had the chance to get to know each other not only at the Speed Dating for start-ups and investors but also during BBQ and Cocktails afterwards.

We’re looking forward to the next HHL SpinLab Investors Day!

Stefanie is the lead content creator and relations manager for Startup Mitteldeutschland, an online magazine dedicated to startup activity happening within Central Germany. She's worked numerous posts within Leipzig's startup scene, and is passionate about reporting on the topic.