The HHL SpinLab Investors Day in June 2019 took place at the location with the best view over Leipzig! At the Felix - just across Augustusplatz – 170 investors, partners and startups met and engaged in several activities like keynotes and panels on special venture capital (VC) know-how as well as startup pitches and speed dating. Central topics of this year’s Investor Day were Team Due Diligence and Brand Management as VC.

Team Due Diligence – how to recognize a great team?

Turns out, that this question isn’t that easily to answer. That the right team is one of the most important factors for choosing whether a startup is picked by an investor or not is a fact that all speakers agreed on.

#1 Take away: “What remains from day one is the team.” -  Berthold von Freyberg (Target Partners) 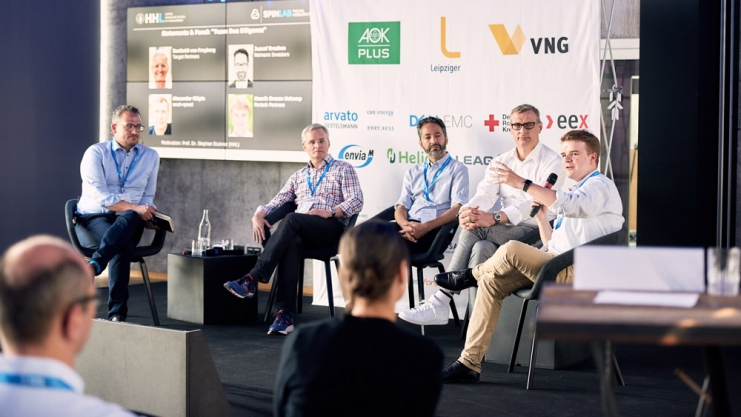 So you have to select wisely. But can this process be objectified? Panel talks and keynote speakers nudged the discussion about whether the process of picking the right team can be made less a risk with academic approaches like standardised tests, based on scientific psychological approaches.

In the first case study, Timo Lassak (EIT InnoEnergy) presented the E2 Talent Method to analyse founder competencies, which is based on scientific research and seems to be one of the most sophisticated approaches on the market.

This concept is not only used by InnoEnergy, but also other VC funds such as Emerald Ventures or SET Ventures. It includes a set of six different surveys and tests, resulting in a comprehensive team assessment report with more than 20 pages.

However, while some panelists such as Jussof Breshna from Reimann Investors developed own concepts based on own experiences, others like Alexander Kölpin (seed+speed Ventures) and Henrik Grosse Hokamp (Partech Partners) remained skeptical. Having experiences from hundreds of deals Partech Ventures even reduced the usage of analytical approaches, since they include the danger of relying on good performers in every measure, but not on outstanding freaks that perform overwhelming in certain things but are bad in others.

Aren’t those nerdy guys often outliers when it comes to performance? Moderator Stephan Stubner, Dean of HHL and active investor with Monkfish Equity, stressed the point that in standardized tests (but also in personal interviews) founders might tend to present themselves in a good light and could try to say what they expect investors want to hear. This increases the need of intensive talks to the team as a whole, but also founders individually.

#2 Take away: There are structured tools to measure teams, but they don’t replace intensive personal meetings.

Mark Spencer Klimmek (former CEO of 7commerce/NuCom and nowadays headhunter at Egon Zehnder) talked about “Making Founder Teams Great Again”. Showing their own assessment tools, he specially emphasized that for entrepreneurs who create innovative technologies in times of uncertainty, potential might matter more than experience.

Often serial entrepreneurs get a lot praise in advance, but the question is if they can copy their old experiences on new ideas? Other speakers agreed that the learning ability and ambition outperform older experiences as it can be seen at first time entrepreneurs like Mark Zuckerberg or Steve Jobs who developed with their companies.

It is not surprising that trust plays a crucial role. As Berthold said it takes months and years to build up, but it can be destroyed in minutes. That’s why founders should be highly transparent on their strengths but also their weaknesses.

In a trustworthy relation, both parties may work on continues improvements, also in hard times. Founders should openly talk about potentially problematic issues, for example special relationships between founders such as being a couple. Knowing beforehand, such issues might not be a deal-breaker, but getting to it later on certainly is.

Most important qualities of a good team according to the speaking investors are honesty, a good team-dynamic as well as the commitment to actually work together with an investment partner and a good kind of persistence.

#4 Take away: Build trust over time and require full transparency on both sides to allow a persistent good relation. 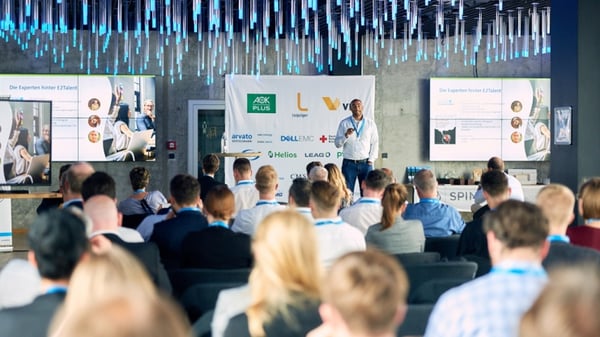 How to stand out as VC – brand building for fund managers

The second half of the HHL Investors Day was spun around the role of brand management for VCs. At the second Panel of the Day representatives from different VC’s talked about their experiences and opinions on that. As Martin Janicki from Cavalry Ventures highlighted:

#5 Take away: “Venture capitalists have to provide money + x to startups.”

With X being very soft factors such as network and know-how, VCs have to work hard to present their advantages in order to get into the best deals.

Especially deals with great performances have a variety of potential funding partners and so investors have to explain why one Euro from them is worth more than one Euro from everyone else. Reputation becomes a crucial factor in that game.

This is why Christian Knott, partner at Capnamic Ventures, asks every potential candidate to at least call three existing or former portfolio companies to get feedback how investment managers behave in daily business and especially during bad times.

For Tilo Bonow, active investor in several European and Asian funds, and his company Piabo PR, working with clients such as Silicon Valley Bank, brand management is one of the underestimated tasks where especially German fund managers have to improve. He argued that “trust is the currency of interaction” and that a strong brand with a good story helps to build that.

According to him, many funds do not tell an interesting story to differentiate from each other and communicate concrete unique selling points.

Pawel Chudzinski, founder of Point Nine Capital agreed in his fireside chat that their strong focus on SaaS with one of the biggest international portfolios in that sectors helped them to build strong expertise on the one side and address outstanding entrepreneurs who want to join this network of SaaS specialists on the other side.

#6 Take away: VCs need a concrete story with crystal-clear USPs to get into the best deals.

This special expertise has to be shown to externals by active communication. Online, most attendees publish blog entries with special content from time to time. Moreover, they agreed that being present at many offline events as attendee or even better as speaker helps funds to stand out and be addressable.

Most funds employed a half or even full position for communication to spread the word. However, creating that words is a team task. Regardless of being partner, principal, venture partner of analyst: from time to time everyone should help to create content or represent the fund offline.

#7 Take away: Communication is a team task. Everyone involved in a fund should help to create stories and content, while specialized communication managers spread the word.

One special type of story is the involvement of well-known entrepreneurs as role models. Luca Eisenstecken from London-based Atomico, a fund established by Skype founder Niklas Zennström, confirmed that the name of his boss became an own brand that helps to win founders and LPs. His active involvement – he meets every founder personally before Atomico invests – is a key differentiator in any kind of negotiation.

According to Tilo Bonow this person-centric communication is much more common in US-based funds such as Andreesen Horowitz or Peter Thiels fund Valar. In his opinion every fund should have a foreign minister, even if it may create some kind of dependency on this single person.

As every year, the current SpinLab Class and a group of selected startups from all around Central Germany had the chance to pitch their business cases in front of a jury as well as numerous potential investors.

The Best Pitch of each round was rewarded with a price. The first price, sponsored by the City of Leipzig and donated with 5.000€ went to idatase for their Product NetLume. The startup developed an industry agnostic platform to rapidly prototype and develop real-time IoT systems.

The Karl-Kolle price, donated with 1.500€ for the Best Pitch from one of the Central Germany based startups went to Dashbike from Jena. The young team aims to build the first dashcam for bikes that is law-compliant.

After a long day full of inspirational talks and informative input, the participants had the chance to get to know each other not only at the speed dating but also during BBQ and cocktails afterwards. Find a short video recap here:

See you at next HHL SpinLab Investors Day 30th of January 2020!

How to pitch a startup: Breaking down one of our best startup pitches